Learn about different diseases and vaccinations to keep your fur baby healthy and happy!

Canine distemper is a global disease that is highly contagious, systemic, and viral . Clinically, it is characterized by fever, GI and respiratory symptoms, and frequently neurologic complications. The main route of infection is via aerosol droplet secretions from infected animals. Some infected dogs may shed virus for several months. The first few symptoms of canine distemper may be hard to spot. A transient fever usually occurs 3–6 days after infection usually accompanied by a poor appetite. The fever subsides for several days before a second fever occurs, which may be accompanied by watery nasal discharge, ocular discharge, lethargy, and anorexia. GI and respiratory signs, typically complicated by secondary bacterial infections, may follow; rarely, dermatitis may be seen. Encephalomyelitis, a neurological disease may occur in association with these signs, follow the systemic disease, or occur in the absence of systemic manifestations. Dogs surviving the acute phase may have thickening of the footpads and nose, as well as a lack of strong enamel in incompletely erupted teeth. Overall, a longer course of illness is associated with the presence of neurologic signs; however, there is no way to anticipate whether an infected dog will develop neurologic manifestations. A dog may exhibit any or all of these signs during the course of the disease. Infection may be mild and inapparent or lead to severe disease with most of the described signs. The course of the systemic disease may be as short as 10 days, but the onset of neurologic signs may be delayed for several weeks or months as a result of chronic progressive destruction within the nervous system. Chronic distemper encephalitis (old dog encephalitis, [ODE]), a condition often marked by stumbling, head pressing or continual pacing may be seen in adult dogs without a history suggestive of systemic canine distemper infection.

Infectious canine hepatitis (ICH) is a worldwide, contagious disease of dogs with signs that vary from a slight fever to severe depression and coagulation disorders. It also is seen in foxes, wolves, coyotes, bears, lynx, and some pinnipeds; other carnivores may become infected without developing clinical illness. In recent years, the disease has become uncommon in areas where routine immunization is done, but periodic outbreaks, which may reflect maintenance of the disease in wild and feral hosts, reinforce the need for continued vaccination. Ingestion of urine, feces, or saliva of infected dogs is the main route of infection. Recovered dogs shed virus in their urine for ≥6 mo. Signs vary from a slight fever to death. The mortality rate ranges from 10%–30% and is typically highest in very young dogs. Concurrent parvoviral or distemper infection worsens the prognosis. The incubation period is 4–9 days. The first sign is a fever of >104°F (40°C), which lasts 1–6 days and is usually biphasic. Signs are anorexia, thirst, eyelid swelling, watery discharge from the eyes and nose, and occasionally abdominal pain and vomiting.

Canine parvovirosis is a highly contagious and relatively common cause of acute, infectious GI illness in young dogs caused by a relatively recently evolved virus, Canine parvovirosis 2 (CPV-2) which first emerged in the late 1970s.   Young (6 wk to 6 mo), unvaccinated or incompletely vaccinated dogs are most susceptible. Rottweilers, Doberman Pinschers, American Pit Bull Terriers, English Springer Spaniels and German Shepherd dogs have been described to be at increased risk of disease. Assuming sufficient colostrum (mother’s first milk rich in antibodies) ingestion, puppies born to a dam with parvovirus antibodies are protected from infection for the first few weeks of life; however, susceptibility to infection increases as maternally acquired antibody levels wane. Stress (eg, from weaning, overcrowding, malnutrition, etc), concurrent intestinal parasitism, or enteric pathogen infection (eg, Clostridium spp, Campylobacter spp, Salmonella spp, Giardia spp, coronavirus) have been associated with more severe clinical illness. Virus is shed in the feces of infected dogs within 4–5 days of exposure (often before clinical signs develop), throughout the period of illness, and for ∼10 days after clinical recovery. Infection is acquired directly through contact with virus-containing feces or indirectly through contact with virus-contaminated fomites (eg, environment, personnel, equipment). Clinical signs of parvoviral enteritis generally develop within 3–7 days of infection. Initial clinical signs may be nonspecific (eg, lethargy, anorexia, fever) with progression to vomiting and bloody diarrhea within 24–48 hr.

Canine infectious tracheobronchitis (CITB), also colloquially known as kennel cough, is a highly contagious disease characterized by acute inflammation of the airways. It is usually a mild, self-limiting disease but may progress to fatal pneumonia in puppies or to chronic bronchitis in debilitated adult or aged dogs. It is commonly seen where dogs are in close contact with each other, e.g. boarding kennels or rescue centers, although kennel cough can also occur in dogs with no history of having been in such a situation.  The disease can spread rapidly among susceptible dogs housed in close confinement and signs can persist for some weeks. The prominent clinical sign is a harsh, dry cough, which may be followed by retching and gagging. The cough is easily induced by gentle squeezing of the larynx or trachea. Affected dogs demonstrate few if any additional clinical signs except for partial anorexia. Kennel cough should be suspected whenever the characteristic cough suddenly develops 5–10 days after exposure to other susceptible or affected dogs. Severity usually diminishes during the first 5 days, but the disease can persist for some weeks.

Leptospirosis is a disease affecting dogs and man (and other species) with a worldwide distribution caused by infection with Leptospira. The infection and disease are more prevalent in warm, moist climates and is endemic in much of Texas. Chronic infection without apparent clinical disease is common in many wildlife species, especially rodents. These species act as reservoirs for infection and are primarily responsible for spreading the infection to other animals who can suffer clinical disease. Dogs with leptospirosis can be expected to exhibit a spectrum of nonspecific symptoms which may include depression, lethargy, anorexia, vomiting, diarrhea, conjunctivitis, fever, and arthralgia or myalgia. Hours to days later, specific signs of kidney and/or liver disease are observed.

Heartworm disease is a serious and potentially fatal disease in pets in the United States and many other parts of the world. It is caused by foot-long worms (heartworms) that live in the heart, lungs and associated blood vessels of affected pets, causing severe lung disease, heart failure and damage to other organs in the body. Heartworm disease affects dogs, cats and ferrets, but heartworms also live in other mammal species, including wolves, coyotes, foxes, sea lions and—in rare instances—humans. Because wild species such as foxes and coyotes live in proximity to many urban areas, they are considered important carriers of the disease. Dogs. The dog is a natural host for heartworms, which means that heartworms that live inside the dog mature into adults, mate and produce offspring. If untreated, their numbers can increase, and dogs have been known to harbor several hundred worms in their bodies. Heartworm disease causes lasting damage to the heart, lungs and arteries, and can affect the dog’s health and quality of life long after the parasites are gone. For this reason, prevention is by far the best option, and treatment—when needed—should be administered as early in the course of the disease as possible.

Is your dog or puppy up to date with their vaccinations?

Contact us to schedule an appointment or check on your pet’s records with our client portal. 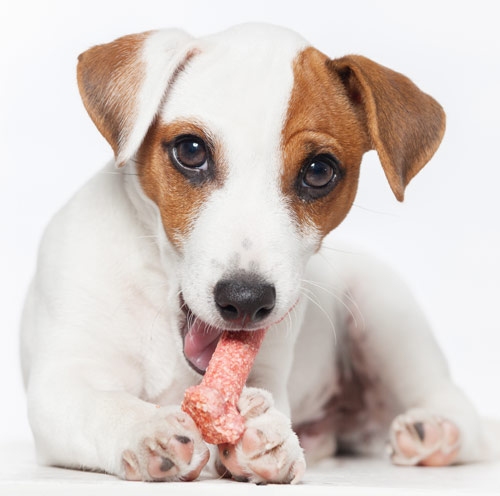 *The prices above reflect our Saturday and Sunday pricing at the Mobile Vaccination Clinic locations. Please contact one of our Animal Clinic’s at Fort Worth, Arlington/Mansfield, Richland Hills or Grand Prairie to receive their vaccination prices on other weekdays.

Does your pet need vaccinations?

Penny Paws believes every owner and pet should have access to medications which is why we host weekly mobile vaccinations clinics. Click below to find a clinic near you!

Great price and wonderful care for my sweet dogs! First visit and they did a great job. Gentle and thorough and cannot beat the competitive cost as opposed to standard animal clinic. We visited the mobile unit in Keller and were VERY satisfied. Will recommend and definitely re-visit in the future.

- J
Find a Clinic Near you