Our Fort Worth clinic has moved! Our new Fort Worth Clinic location is 3748 Basswood Boulevard, Fort Worth, Texas, 76137.

Veterinarian in Ft. Worth, TX

OUR $49.50 OFFICE EXAM MAKES IT EASY AND AFFORDABLE TO KEEP YOUR PET HEALTHY.

We offer the following surgical and medical procedures:

For your pet's health and safety, we highly recommend our $89.00 pre-surgical blood profile. Blood work is required for pets over the age of 7.

Dental procedures include Anesthesia, IV Catheter & Fluids, Scaling, Polishing and Dental Radiographs. For your pet's health and safety, we highly recommend our $89.00 pre-surgical blood profile. Blood work is required for pets over the age of 7.

*This price does not include extractions or other treatments that may be necessary for your pet. We encourage you to make an appointment for a complimentary dental consultation with one of our veterinarians to obtain a more accurate treatment plan based on your pet’s specific needs.

What payment options are available to our customers?

Our Ft. Worth Animal Clinic Veterinarians 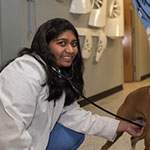 What I do at Penny Paws: Veterinarian

What I like best about helping animals: I like to see them happy. They are such innocent, gentle creatures. 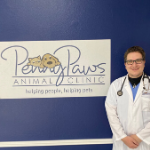 What I do at Penny Paws: Veterinarian

First Pet: Sandy, a golden retriever - family dog I had as a child.

What I like best about helping animals: Being an advocate for animals and providing the best care to them and their owners. 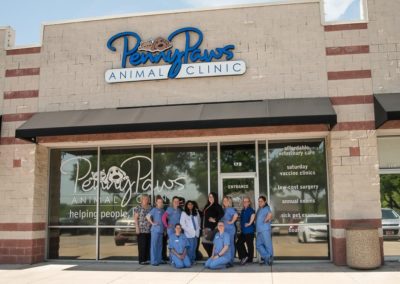 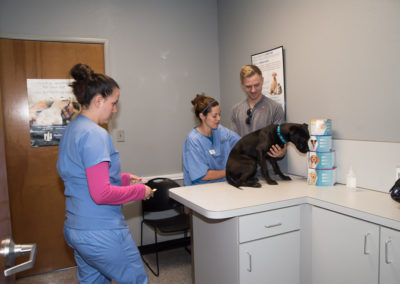 " When I called the info I was given was incorrect. Apon arriving for my appt. for my pup, I also found out they didn't have a puppy package of which I was told they had. I was expecting to pay what I was told on the phone. So it cost a whole lot more than expected. They did give me a $10 coupon but when the charges were over $200 it wasn't a whole lot of help. Other than that they were nice, and I guess they were going to talk to the person who gave me the wrong info. "

" Really liked the mobile vaccine set up.The staff was very friendly and caring to my dog.I definitely will recommend to anyone with pet needs. "

" Everyone was very nice from the moment we walked in. The pet assistant/technician was amazing with Baron. "

" The vet tech was so calm and sweet with my 72 pound dog who was upset about his rectal temperature being taken. She also explained everything needed and the cost for each item. GRACE was amazing! "

No thanks, I’m not interested in finding affordable ways to help my pet’s health