Signs of Rabies in Cats 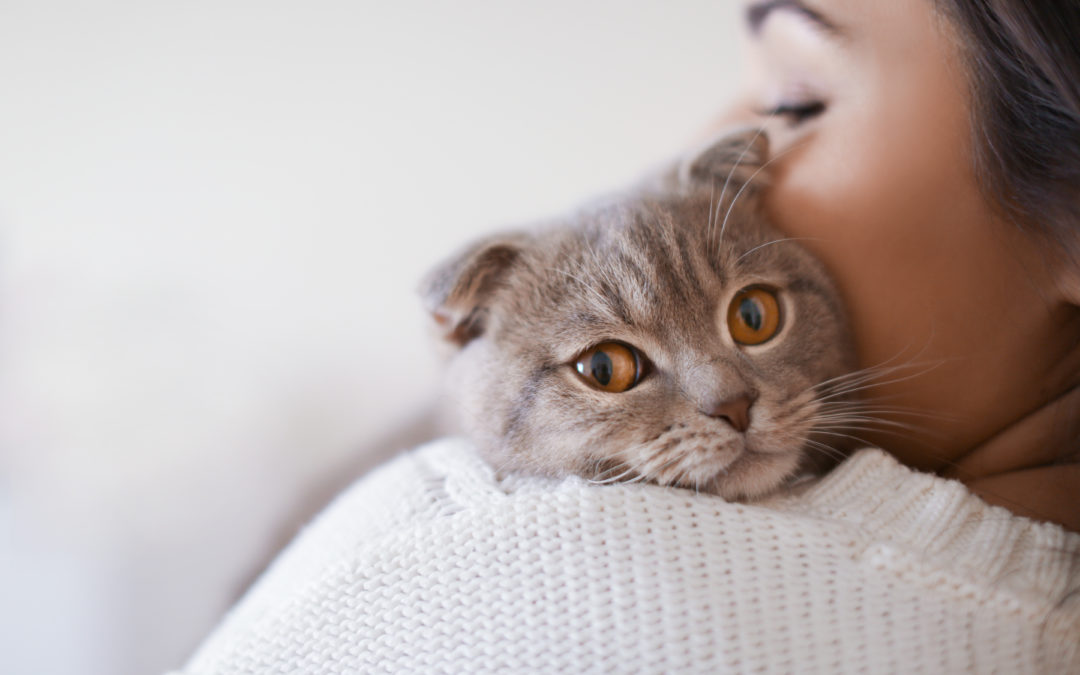 No one wants to notice signs of rabies in their cat.  The rabies virus, an important disease that affects animals and people around the globe, is almost always lethal and should be taken very seriously.

If you suspect your cat has contracted rabies, you’re no doubt worried about the effects of the virus on your pet and, potentially, yourself.  Taking steps to protect your other pets and to reduce the likelihood of yourself contracting rabies is crucial. Regardless, recognizing the causes, stages, and signs of rabies is important for all cat owners to know.

How Do Cats Get Rabies?

Cats might contract the virus through either a bite or a scratch from a rabid animal, such as a fox, raccoon, skunk, or another wild mammal. Either of these injuries can allow the virus to enter the body by way of its primary vector, saliva.

If the saliva of an infected animal makes contact with an open wound or even with mucous membranes in the eye, nose, or mouth, the rabies virus may enter a cat’s system and incubate. Luckily, during their asymptomatic period, an animal’s saliva cannot transmit the virus, so the window for infection is relatively short.

Because the rabies vaccination rate for domesticated animals in the United States is generally good, it is exceedingly rare for rabies to be transmitted between two housepets or from a pet to their owner. In the vast majority of cases, a cat contracts rabies after encountering an infected animal outdoors.

Rabies is a viral disease that attacks a mammal’s central nervous system (CNS), gradually altering their behavior and potentially heightening their aggression before rendering the animal unable to swallow, move, or breathe.

How can you tell if a cat has rabies? Rabies typically progresses through three stages, known as the prodromal, furious/excitative, and paralytic stages. Depending on which phase of the virus your cat is experiencing, your pet might exhibit many different signs, as detailed below.

In general, however, rabid cats tend to display signs of weakness, poor coordination, and decreased muscle control, particularly in the mouth, throat, and chest areas. Because of this effect, cats afflicted with the virus are sometimes described as “slack-jawed” and they may exhibit the characteristic foaming around the mouth due to the inability to properly swallow.

Because of the way that rabies attacks the CNS, you may notice fluctuations in your cat’s behavior. They may swiftly switch between being highly solitary, to aggressive, shy, or passive. It’s important to remember that behavior changes due to rabies are not always negative, harmful, or aggressive. For instance, normally shy or anxious cats affected by rabies may become more outgoing, friendly, and affectionate.

What Are the Signs of Rabies in a Cat?

During each of the three distinctive stages, rabies manifests itself in different ways. A cat stricken with the rabies virus might display various symptoms.

During the prodromal stage, a cat may exhibit:

When progressing to the furious stage, a cat might exhibit:

Finally, during the paralytic stage, rabid cats suffer from:

When Do Signs of Rabies Manifest in Cats?

The incubation period is the time it takes from viral infection (usually as a result of a bite wound) until clinical signs emerge. This time period in cats is generally between 21 and 80 days, but it may take several months or even years. When signs of the disease become evident, this is an indication that the virus has begun affecting the CNS.

Once signs develop, the rabies virus quickly progresses through the different stages. Rabid cats do not remain in one stage for very long. After suffering the initial bite or scratch and undergoing the incubation period, cats will spend one to three days in the prodromal stage. The paralytic stage usually manifests after seven days. By the tenth day, most cats suffering from rabies will, unfortunately, die.

The three stages of rabies do not always occur in the same order. In some cases, a cat will experience only the furious stage, only the paralytic stage, or have a mix of signs from all stages at the same time. On rare occasions, cats might display mild prodromal symptoms before succumbing to the virus without any other warning.

Can Cats Spread Rabies to Humans?

Though some people associate rabies exclusively with animals like cats, dogs, or wildlife, the virus is zoonotic, meaning it can be transmitted from animals to people. It is a deadly condition for any mammal and can be transmitted to people the same way it is spread among animals—typically through a bite wound.

If a person suffers a bite from a rabid cat, they will likely remain asymptomatic during the incubation period, which lasts for a similar 3 to 8 week period. According to the CDC, initial symptoms during the prodromal phase can resemble the flu, from muscle soreness and fatigue to headache, fever, and lethargy.

As the incubation period progresses into the clinical stage, a human suffering from rabies may experience a prickling sensation at the site of the bite, followed by delirium, anxiety, confusion, hallucinations, and insomnia. As with animals, rabies is nearly always fatal in humans after signs appear. There are fewer than 20 cases on record of a human surviving the rabies virus after symptoms appeared.

Fortunately for people, an effective rabies post-exposure prophylaxis (PEP) protocol exists that can prevent disease if it is administered shortly after exposure. An equivalent PEP is not currently available for animals.

How Do I Know if a Cat Has Rabies?

Unfortunately, confirming a diagnosis of rabies is not possible until after the animal dies. Since rabies primarily affects the brain and CNS, the virus alters neural tissue rather than leaving traces in blood, saliva, or other more easily-tested fluids.

If a veterinarian suspects a cat’s death was due to rabies, they can collect a brain tissue sample and send it to a laboratory for analysis. A specific antibody test is performed on the tissue, which can confirm or deny a rabies diagnosis.

While pet owners can’t know with complete certainty whether their cat has contracted rabies until the brain is tested, it’s safest to assume a rabies diagnosis if a pet is showing similar signs. Look for the classic signs such as unusual antisocial behavior, decreased appetite, unprovoked aggression, and excessive drooling, along with evidence of a bite or scratch. Report any abnormalities to your veterinarian, who may make a presumptive diagnosis based on the cat’s history and clinical signs.

Since rabies is a reportable disease, euthanasia is usually recommended for animals suspected of having the virus. This is to prevent the potential spread of the disease and so that an official diagnosis can be made. Having this information is important in tracing the affected animal’s potential exposure to other pets or people.

The best method of protecting your cat from rabies is through safe and effective vaccination which, in many states, is required by law. Only a licensed veterinarian can administer a rabies vaccination to pets, including dogs, cats, and ferrets. Keeping your pet up to date on their rabies vaccination significantly reduces their risk of contracting the deadly virus and spreading it to other pets, wildlife, or people.  Your cat should receive their initial rabies vaccine between 12 and 16 weeks of age, with a follow-up booster vaccine at 1 year of age. Your veterinarian will recommend additional boosters every one to three years thereafter.

Other than vaccinating your cats, you can also help contain the spread of rabies by keeping your feline friends indoors as much as possible. Since most cases of rabies in cats occur due to encounters with wild animals such as raccoons and foxes, minimizing the potential for these exposures will help keep your cat protected.  Wild, rabid animals may even come right up to your backyard or porch, making these areas potentially unsafe for cats, too. Additionally, ensuring your cats are spayed or neutered will help control the stray and feral cat populations, limiting the number of animals available to spread rabies.

If you notice a stray or wild animal wandering around your home or acting in a bizarre manner, contact your local animal control agency right away. Notifying officials of potentially rabid animals is crucial in preventing the spread of this fatal virus.

Sadly, rabies is nearly always fatal in symptomatic, unvaccinated animals. Once clinical signs become evident, there is no treatment for this disease, and euthanasia is recommended. However, there are steps you can take if you believe your pet has come into contact with the rabies virus:

Managing a Cat with Rabies

A cat with signs of rabies should be confined away from other people and pets, and immediately reported to animal control authorities.

While rabies can be difficult to diagnose, recognizing the warning signs is crucial. Since there is no treatment for rabies, early prevention through vaccination is the only way to effectively protect your cat from this fatal disease.

At Penny Paws Animal Clinic, we are dedicated to serving our clients and patients with telemedicine services, weekend mobile vaccinations, and in-clinic examinations by appointment. Contact us today to find out more about our rabies vaccination services.